You are here: Home / Linking Words and Connecting Words 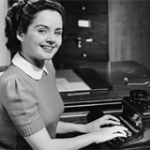 Linking words help you to connect ideas and sentences for your resume, cover letter, and other job hunting materials. We can use linking words to give examples, add information, summarize, sequence information, give a reason or result, or to contrast ideas.

Here’s a list of the most common linking words and phrases:

For example
For instance
Namely

The most common way to give examples is by using for example or for instance.

Namely refers to something by name.
“There are two problems: namely, the expense and the time.”

Ideas are often linked by and. In a list, you put a comma between each item, but not before and.

“We discussed training, education and the budget.”
Also is used to add an extra idea or emphasis. “We also spoke about marketing.”

You can use also with not only to give emphasis.
“We are concerned not only by the costs, but also by the competition.”

Too goes either at the end of the sentence, or after the subject and means as well.
“They were concerned too.”
“I, too, was concerned.”

Moreover and furthermore add extra information to the point you are making.
“Marketing plans give us an idea of the potential market. Moreover, they tell us about the competition.”

We normally use these words at the beginning of the sentence to give a summary of what we have said or written.

The former, … the latter
Firstly, secondly, finally
The first point is
Lastly
The following

The former and the latter are useful when you want to refer to one of two points.

It’s rare to use “fourthly”, or “fifthly”. Instead, try the first point, the second point, the third point and so on.

The following is a good way of starting a list.
“The following people have been chosen to go on the training course: N Peters, C Jones and A Owen.”

Due to and owing to must be followed by a noun.

“Owing to the demand, we are unable to supply all items within 2 weeks.”

“Due to the fact that oil prices have risen, the inflation rate has gone up by 1%25.”

“Owing to the fact that the workers have gone on strike, the company has been unable to fulfill all its orders.”

Because of is followed by a noun.

“Because of bad weather, the football match was postponed.”

Because can be used at the beginning or in the middle of a sentence. For example, “Because it was raining, the match was postponed.”

“We believe in incentive schemes, because we want our employees to be more productive.”

Since and as mean because.

“Since the company is expanding, we need to hire more staff.”

As the company is expanding, we need to hire more staff.”

Therefore
So
Consequently
This means that
As a result

Therefore, so, consequently and as a result are all used in a similar way.

“The company are expanding. Therefore / So / Consequently / As a result, they are taking on extra staff.”

So is more informal.

But is more informal than however. It is not normally used at the beginning of a sentence.

Although, despite and in spite of introduce an idea of contrast. With these words, you must have two halves of a sentence.

Despite and in spite of are used in the same way as due to and owing to. They must be followed by a noun. If you want to follow them with a noun and a verb, you must use the fact that.

“Despite the fact that the company was doing badly, they took on extra employees.”

Nevertheless and nonetheless mean in spite of that or anyway.

“The sea was cold, but he went swimming nevertheless.” (In spite of the fact that it was cold.)
“The company is doing well. Nonetheless, they aren’t going to expand this year.”

While, whereas and unlike are used to show how two things are different from each other.

“While my sister has blue eyes, mine are brown.”

“Taxes have gone up, whereas social security contributions have gone down.”

“Unlike in the UK, the USA has cheap petrol.”

In theory… in practice… show an unexpected result.

“In theory, teachers should prepare for lessons, but in practice, they often don’t have enough time.”

I offer a wide range of job-hunting services. I will need to give you a quote on the cost. I do offer packaged discounts for multiple items. Simply click on the item(s) you are interested in and check … END_OF_DOCUMENT_TOKEN_TO_BE_REPLACED

How dental hygienist Tracie Perry was able to land a great dental hygiene job in about 30 days... In 2010, Tracie graduated from dental hygiene school with only a hope that she would find a job. She … END_OF_DOCUMENT_TOKEN_TO_BE_REPLACED

Join our Facebook Discussion Group! With a several thousand members, we discuss dental hygiene resumes, interviewing, job searches, and other tips, tools, and techniques for a modern job search! … END_OF_DOCUMENT_TOKEN_TO_BE_REPLACED

Dental hygiene staffing agencies can play a very important role in helping you find a great job. Make sure they have your dental hygiene resume and are helping you land a permanent placement. Some … END_OF_DOCUMENT_TOKEN_TO_BE_REPLACED

Thanks for clicking on my frequently asked questions page. I get tons of questions about dental hygiene resumes, job searching, interviewing, and much more. These are the basis for the articles I … END_OF_DOCUMENT_TOKEN_TO_BE_REPLACED

Contact me now about your dental hygiene resume or other job-search needs. You can do so by phone, text or the form below. Please send you comments, questions, feedback, and suggestions using the form … END_OF_DOCUMENT_TOKEN_TO_BE_REPLACED

Positive resume action words are verbs you can use to begin a sentence in your dental hygiene resume to describe your skills, results, or accomplishments. They give your reader an interesting shortcut … END_OF_DOCUMENT_TOKEN_TO_BE_REPLACED

You may have heard the terms "passive" and "active" writing styles. In dental hygiene resume writing, active is best for two reasons. First, it helps conserve precious space on your resume. And, … END_OF_DOCUMENT_TOKEN_TO_BE_REPLACED

Here's a list of 100+ positive personality adjectives you could potentially use on your dental hygiene resume to describe your personal brand. This list is certainly not exhaustive so we would love to … END_OF_DOCUMENT_TOKEN_TO_BE_REPLACED